Fighting games used to be king. Once upon a time, back in the 90s, arcades (remember those?) were full of fighting games of all kinds. You could fight with and against just about anything you pleased: dinosaurs, robots, time travelers, ninjas, werewolves, you name it. With so many games from which to choose, rivalries were formed. After the Street Fighter VS. Mortal Kombat era rose the Virtua Fighter VS. Tekken era. When the Dead or Alive series arrived, Virtua Fighter's influence was unmistakable (the original DOA ran on the VF2 arcade board after all). The game's had identical control schemes (as long as you disregard VF3's unfortunate dodge button), similar combos and even shared many fighting styles. So, which one is better?

GameTrailers is letting the gaming public decide by pitting Virtua Fighter 5 against Dead or Alive 4. It's simple, watch a video (also in HD) then vote for your favorite game in several categories. Cast your vote on the best graphics, gameplay, characters, and more. After you vote, see how your choices reflect the general public.

Currently, it's a pretty close race, with DOA4 winning people over with its stages and modes, while VF5 wins in the areas of graphics and gameplay. Which do you prefer?

If you're like us, you may have been too busy actually playing games this weekend to notice that the TGS content is still rolling in. So, a quick summary of what's been released yesterday and today is in order. Here you go:

As we said, we've been too busy rocking DOA4 online with our blogging buddies (or Championship Poker in Ken's case) to check out most of this content. Has anybody out there checked out the Vampire's Rain trailer? Is it different from the one released during E3? Leave us some comments and tell us what's hot and what's not.

The TGS video madness continues with this clip of Dead or Alive Xtreme 2. We all know DOAX2 is about watching digital hotties in swimsuits, but this is just south of ridiculous. Just when you thought Itagaki and friends couldn't get any raunchier (remember the E3 video?), they go and make this. Let's just say this: the video is technically safe for work, but don't let anyone catch you watching it. Before checking out the video, we would be remiss if we didn't note a few things. One, it looks like the hair physics have improved since DOA4. Two, the game should hit the States on November 15th (before Japan actually). Our Japanese is rusty, but we're guessing that the date mentioned for Europe was "coming soon" -- can anyone translate?

Click onward if you dare; you have been warned. 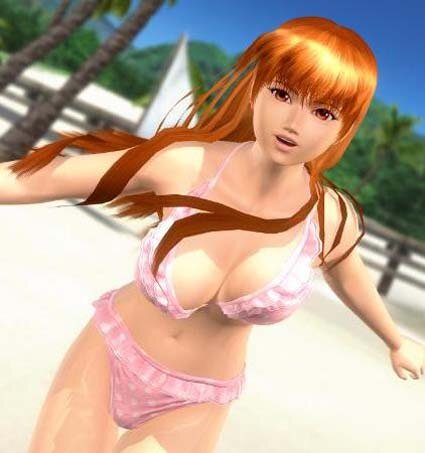 What's in that DOA4 update 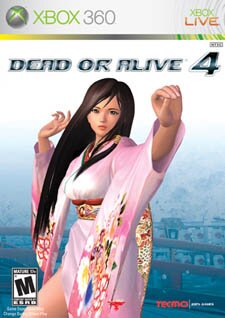 1UP has details on what exactly is included in the XBL update for Dead or Alive 4 we mentioned earlier this month:

A pair of updates to the game are ironing out the Live kinks, adjusting damage levels to keep things more balanced, smoothing out frame rates, and even adding some new attacks. The first of the updates will even offer the option of resetting your online ranking to C.

How many people are happy with the new player balancing?

According to our resident DOA4 expert, Chris, the framerate smoothing they mention isn't accurate. The framerate dipped so both players would be on the same scale. The lag was the real problem, reducing the need for the game to slow itself down. 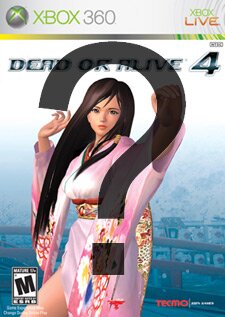 Following on the heels of yesterday's update that was supposed to prepare your console for updates, comes the first update to take advantage of that update. What are we talking about again?

There is a mandatory auto-update available for Dead or Alive 4. Though it's not clear what is being fixed, although the leaderboards have been reset (sorry high scorers). The most notable problem with the game has been the lag experienced in online play. Any DoA'ers notice reduced lag in Live play? 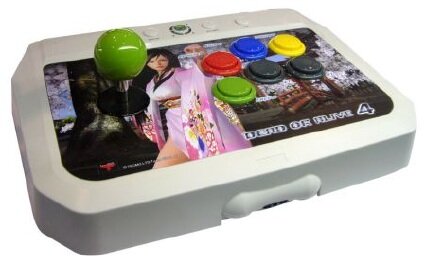 Like fighting games but miss the feel of a real, authentic arcade joystick, complete with 6 perfectly arranged face buttons, and an 8-way joystick with just the right amount of audible "click"? For $60 you can get Hori's officially licensed arcade stick for Dead or Alive 4. How do we know it's just for Dead or Alive 4? Cause it says so right on it!

Of course, the controller can be used with other titles, although DoA4 will recognize if you're using it and adjust the controls accordingly. With support for the Xbox 360 headset and a USB connection, it seems like an ideal way to get your classic arcade game on. Xbox Solution is unequivocal in their praise, gushing, "This has to be the best overall arcade stick I have ever bought. The only one that comes close to it is my Neo Geo arcade stick and that was a lot more expensive. No fighting fan will complain that the stick is not centered or that the buttons don’t respond right away. Hori has made the perfect stick for the best fighting game to come to a console."

I'm imagining that a more popular use for this stick isn't going to be Dead or Alive 4 so much as it will be Street Fighter II. Hopefully SFII will be cheap enough to make that $60 price tag a little less bothersome. 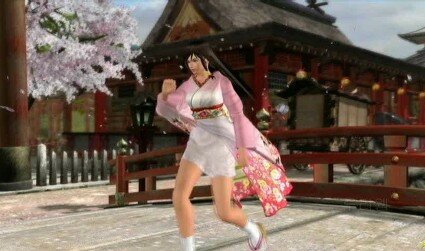 Brits can breathe easily--Microsoft have finally confirmed the release date for Dead or Alive 4 in the UK, and the good news is that it's just around the corner. Available from January 27th, it's impressive that the game is out so soon here after the launch delays it experienced.

We're not complaining, though; simultaneous or near-simultaneous releases are a vast improvement on the months' delay we have to suffer for some platforms and games, and we're hoping this trend continues for future 360 releases.

If you've not managed to get some Spartan lovin' in Dead or Alive 4 yet, never fear; you can still get your fill of the lovely lady thanks to this video, put together by a poster on halo.bungie.org. It goes nicely with the screenshots Major Nelson recently posted. Whether this will tide us over until Halo 3, we're not sure, but it's spectacular viewing in the interim.

If the impending release of Dead or Alive 4 hasn't got you frothing at the mouth, then how about some videos to go with the news snippets trickling on to the web?

As usual, Xboxyde has come up trumps with these videos, covering the game's intro and (naturally) some fighting. It's looking good, although eagle-eyed DoA fans are already marking the similarities between previous versions and the next-gen iteration.