Franchise flashback: games to see on the Xbox 360 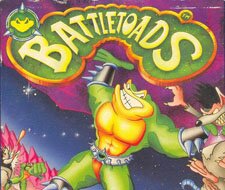 Siliconera has a great take on the concept of Microsoft bringing back classic franchise titles that conjure up feelings of nostalgia. Of course it doesn't have to be 2D to get the treatment either (Perfect Dark anyone?). Many game franchises of old found their reawakening on the original Xbox, after all. With a lot of people clamoring for unique and innovative titles (instead of yet another World War II shooter and GTA clone), this may be the next best alternative.

They've compiled a list of five games they'd love to see resurrected with an all new next-gen look on the console. For starters, Bonk would be a great candidate for its appeal to the kiddies. The caveman-powered platformer would expand the 360's reach into a broader audience. Then there's Battletoads: Microsoft could take this classic to the bank, especially since they happen to own Rare.

Don't forget the potential in Snatcher/Policenauts which was the brainchild of Metal Gear Solid mastermind Hideo Kojima. The last two prospects on the list invoke just as much longing to see them turned into 360 material. Strider and Chrono Trigger both hold high merits, and the latter might even improve the marketability of the Xbox 360 in Japan. So the real question here is, what'd they miss? Are there any other great franchises you'd like to see get resurrected on the Xbox 360?

3. Man I almost had a heart attack when I saw battletoads, on here. but then i read the story, I think Battletoads definetly should be on! as TMNT arcade game :D

Bubble Bobble and Contra would be AMAZING.

Something like Advance Wars would be pretty cool too.

Nothing better than a sports game where you can win by forfeit, due to killing every quarterback the opposing team has.

9. The tecmo sports games! Those games were awesome!!!! but seriously, I'd like to see every franchise on the 360. Then I wouldn't have to even consider the ps3 ^^

That game was fantastic!

13. Just found out that its called shadowrun and is rumoured to being developed as a full game for the 360!! (wikipedia)

14. I agree with #11 that Shadowrun would make a good one but it has been confirmed (at least I think it was) that Fasa via Microsoft is doing an actual 360 game based in that universe and I would probably rather play that. That said, I would say:

Battletoads
Super Bomberman
Any of the older Contras or Castlevanias

Then after that we can all say fuck the Revolution's Virtual Console.

17. Like I've said on my own blog, these classic titles are great on the 360, but they need to support some more 3rd Party controllers, aka the X-Arcade controller. I'm dying for it to be compatible with the 360, but according to their website, Microsoft is blocking them from making a controller adapter so it'll work.

I think I saw someone mention Wing Commander ... awesome, I'd definitely play that one. And you know what I'd really love to see? StarCraft. Bring StarCraft with kayboard and mouse support as well as voice chat in game to the 360, and we'll have an instant winner.

18. I concur, rock 'n' roll racing bends full auto over the kitchen counter. I bought a gba just to play that game on my breaks at work.

20. Gunstar Heroes, was such a sweet game for Genesis.. the arcade version of TMNT would be sweet as well. Marvel vs Capcom..so many good ones... i think a lot of great arcade games should be made,... Streets of Rage, Final Fight!

Please keep your comments relevant to this blog entry: inappropriate or purely promotional comments may be removed. Email addresses are never displayed, but they are required to confirm your comments. To create a live link, simply type the URL (including http://) or email address and we will make it a live link for you. You can put up to 3 URLs in your comments. Line breaks and paragraphs are automatically converted — no need to use <p> or <br> tags.

Xbox 360 Fanboy is part of the Weblogs, Inc. Network, a network of more than 90 blogs. Here are some recent headlines from our video game blogs: