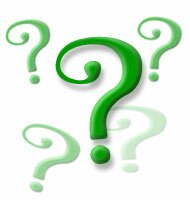 Douglas Perry, editor at IGN, is promising to deliver exclusive details on a 360-only game "you never would have expected" around noon PST. Perry is hyping this announcement, which supposedly  includes screens and an interview with the company president, on the IGN boards. He says nobody in the forums has come close to guessing what the mystery title is, so prepare to be either thrilled, apathetic or annoyed that Doug got your hopes up. Anybody have any ideas as to what it could be?

A remake of E.T. from the Atari!

But really, maybe a FF game or some other traditionally Sony/Nintendo only title.

God I hope it's Vectorman. That would be awesome.

Yup, MG360 would be a good guess. That would make sense in relation to the possible PS3 delays. Dev. Companies gots'ta make their ends too.

007, to go along with the movie there coming out with!

Hmm, movie properties would be a good bet too.

#8) Wow, how awesome would it be for them to come out with the next MGS on the 360 before coming out on the PS3? Good idea, I'd be shocked.

Along the same lines, other thing that would be really shocking would be Grand Theft Auto hitting 360 before PS3.

The most shocking, but will not happen, is if Nintendo started developing for the 360.

I think that Nights Into Dreams on the 360 could be absolutely huge and it i think it would have appeal to all three regions, US, Japan and Europe.

The Guy Game II: Electric Boogaloo?! Please make it so, Number One!