WoW players: we have all your patch 2.4 news!
Posts with tag FIFA

Another UEFA tournament equals another UEFA game of course! While that may seem like the extent of our math skills we can say for sure that Electronic Arts have released 8 screens of the stadiums being used in UEFA Soccer 2008. So far it looks as if EA has successfully recreated the stadiums from the Austria and Switzerland hosted event. All we can say is, GOOOOOOOOOOOAL! Sorry, we had to.

As we anxiously await the arrival of PGA Street, Electronic Arts has seen fit to release a demo of FIFA Street 3 on Xbox Live Marketplace. Clocking in at a diminutive 293MB, the game offers up a different kind of soccer experience, the kind that is apparently played in gloomy dockyards and under overpasses (presumably for hard cash and harder women). If soccer simulations have got you down, or your just hankering to pull off your own wall-running Matrix moves, then by all means go give it a try.

It was a long time coming -- a demo was expected by the end of August -- but a demo for FIFA 08 has finally landed on Marketplace. A demo has also appeared for the new beat 'em up Spiderman: Friend or Foe. FIFA 08, as you might imagine, focuses on soccer (AKA football), whereas Spiderman: FOF focuses on kicking the crap out of copious baddies. The twist in Spiderman: FOF is that you'll find yourself fighting alongside some of Spidey's biggest enemies. The twist in the FIFA demo is that it's not available in Europe yet. Don't fret though, European readers, for Major Nelson notes that the demo should be crossing the pond "very soon." In the meantime, why not lay the smack down (you know, pugilistic shenanigans) on some hapless comic book villains?

Leave it to EA to prove that they are still the "evil" EA. Long story short, EA has completely nerfed the "exclusive" 360 version of FIFA 07. For this wonderful exclusive, EA has decided to remove an entire 18 soccer leagues, leaving the 360 with a paltry 7. Even the 7 is misleading, as one of those leagues has only one team in it. One team! On top of all this, the 360 version is also getting less than half of the stadiums of it's last gen brethren (21 compared to 47 on Xbox and PS2). Granted, we're all Americans here at 360 Fanboy, and thus not soccer fans by default, but this is ri-goddamn-diculous.

Anybody else want to bet that EA just might be expecting us to buy the missing content with MS Points? Shame on you EA. Why release the game at all?

"The PR victory scored by Microsoft here cannot be underestimated. The power of the company's spin machine continues to leave the rest of the games industry in awe even after an entire console generation of experience"

..."There is a very clear winner, and a very clear loser, in the Leipziger Messe this week, as 150,000 consumers are currently finding out - and hundreds of press types have already discovered. The winner is Microsoft."

Being European, these guys make a big deal out of Microsoft cornering the soccer market. However, 1up reports that MS may have..gulp..exaggerated (normally a Sony trademark) the extent of that coup (It looks like Pro Evo/Winning 11 and FIFA are "exclusive" only until the Konami and EA can finish developing them for the PS3). Was Sony's lack of a response due to calm knowledge that MS was over-selling its football shut out, or just their usual "Riiiiidge Racer" corporate buffoonery?

Two new treats for any sports-gamers out there. A little something old not so old -- a demo for EA's FIFA World Cup 06 soccer game, which launched alongside the system in November -- and a little something new -- a demo for 2K Sports' tennis-sim Top Spin 2, which came out late last month. A nice little pre-E3 treat.

Top Spin 2 developer, Indie Built, was recently closed down by Take-Two, publishers of the 2K Sports series and owners of the Salt Lake City developer.

(Update: corrected the timeliness of the FIFA demo. Thanks HoTHiTTeR360 and BraveQuail. Can you tell I don't play sports games much? Seriously though... they just came out with a soccer game less than six months ago! What could they have changed?!) 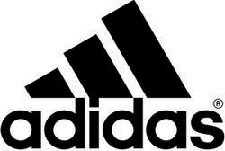 Xboxyde has early word that shoe maker Adidas will sponsor a full week of free Xbox Live Gold May 8 -15.
The promotion is called the "Xbox Live Football Free-For-All" and is designed to give Silver members a chance to show their online skills at Fifa World Cup 2006 leading up to the Xbox Cup this summer in Germany. There's also going to be a bunch of free XBLM content, which should be pretty good considering it's during E3. More details should follow when the event is officially unveiled tomorrow.

Topping Verizon's free XBL Gold weekend by five Midas-touched days is sure to generate good will among soccer fans and non-soccer fans alike. How about slapping a few more shoe ads up there and making online gaming free permanently?