Lost Planet demo due May 9 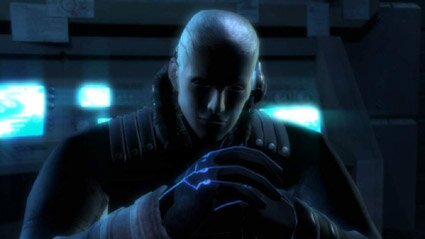 Capcom's ice cold 360 title Lost Planet: Extreme Conditions isn't supposed frost the shelves until Q1 2007. But, according to the latest game trailer available on XBLM (also here), a playable demo will release May 9, capping a week of Lost downloadable content. That doesn't necessarily mean the release date for the full game has been moved up. Still, it's pretty cool to see an E3-ready early demo on Xbox Live instead of the usual two week lead.

2. With that out of the way, yeah, this game looks pretty good. I'm not wowed by what I've seen so far, but I have confidence in the producer.

3. Awww...thanks guys. I should get you something nice.

4. We take large denomination unmarked cash... I'll email you with an address.

Don't you mean "isn't supposed to frost the shelves"?