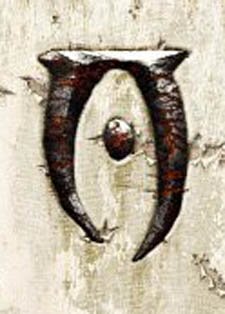 A poster to NeoGaf claims he has a leaked list from Bethesda that shows Elder Scrolls IV: Oblivion hitting the PS3 and PSP just in time for Sony's next-gen launch. Hey, they released an Elder Scrolls game on the N-Gage didn't they?

It's just a rumor, but fanboy Jeff, who sent in the tip, says he isn't waiting for official confirmation to start  feeling betrayed. Will you be disappointed if Oblivion ends up entering Kutaragi's fourth dimension?

Why should I care that PS3 fanboys can play Oblivion a year after XBox 360 players do. We'll all be playing new games by that time.

Why does Oblivion on the PSP raise my bullshit meter way beyond acceptable levels on that post? ;)

If it isn't disappointing for PC gamers to be playing Oblivion right now, why would it be disappointing for PS3 gamers to be playing Oblivion a year from now? Only the bad kind of fanboy would deny others the chance to play one of the best games ever made. And I think it's pretty obvious that a PSP version of the game is just stupid. Oblivion is the complete opposite of a pick-up-and-play game, requiring hours upon hours of dedicated play. Certainly not the sort of thing I'd whip out for 20 minutes on a train. That's what Mario Kart DS or Ouendan is for.

That kills my need for the 360 for the moment. I really want it, quite badly, but I may now be able to wait until '07

I think this is good. People should play the game. It's great stuff, and it's not like it was ever announced as an exclusive title. I might feel somewhat cheated if the PS3 version includes the Orrery, wizard's tower, etc. and a similarly priced game featuring the additional content isn't available for the 360.

I'm 100 hours into oblivion and still enjoying. I'd love to see Oblivion on the PS3. We'll see if it can handle the game better (Xbox360 can just barely. Way too much loading frame rate problems).

im about 200 hours in and even more with the new dlc..
i beet the main quest the first 2 weeks ..but now im free 2 do any thing in the relm of cyrodiil and that freedom is what makes the game great...i bleave i will still be playing oblivion when the ps3 comes out..

Hear hear Curry! I love me some PSP, mostly for emulation ;), but if so this is the next-gen equivalent of GBA ports. You know the ones, the 2D platformer with horrible graphics, but the same packaging as the console version?

The 360 version of oblivion doesn't BARELY handle oblivion are you insane? It doesn't have framerate issues.

How do I know? bethesda said 1.7 million copies were sold well for that month elder scrolls was #2 on the pc charts behind the number 1 sims game and that sims game sold 230,000 copies or so and elder scrolls which was in second was said to have been beating by a large margin. So I'd say seeing its apparent not many are having these performance issues. Also no the game is not coming to the ps3. Oblivion on psp right.... even the ps3 wont be running HDR+AA simultaneously.

I don't think the 360 barely runs Oblivion, but it does have some trouble keeping up with the game when outside of cities/dungeons. Just hop on a horse and start racing through the land, the game has a VERY hard time keeping up.

Hell, you don't even need a horse, as long as your character has a decent speed rating the same thing will happen.

The game is very impressive on a technical level (those outdoor environments are absolutely breathtaking when they're at their best), but I don't think one can deny the fact that there are also many occassions when the game shows signs of trying to do too much (the textures on far away hills/mountains can really be awful sometimes and it's very hard NOT to notice something like that)

yeah ill be disapointed , by the time the ps3 hits , they will have oblivion running alot better , that along with fight night 3 (beefed up) and were gonna hear aslot of ps3 fanboys shoving it down our throats.
i realise why MS wanted to be up and running in all these countrys a year before the competition , but i can see it comming back to bite em in the backside when the ps3 releases the same games we've had but with alot more bells and whistles .

No way. Set the example. Let them have it on the other nazi console. The developers/publishers need to stop giving so many exclusives to the undeserving Sony platform.

Don't expect any better performance out of the PS3. The thing the masses don't understand is that the hardware doesn't magically make the game perform better. The programmers do.

Did you know programmers aren't even into using multithreading in these 360 games yet? The programming is very difficult for that. There's no Operating System that handles the multithreading for you; the developers have to put it in manually. This will be an even bigger problem with the PS3. It's one thing to optimize for 3 "full" cores, but optimizing for 1 core with 7 SPE's (aka subcores...they aren't actually "full" cores) will be a very difficult task. The SPE's all rely on the actual Core which can be a nightmare to deal with. So rather, they won't use those capabilities so they can get something accomplished.

Making the comment "X console can barely handle it" when talking about the Xbox 360 or the PS3 is just assanine at this time. The truth is that the developers couldn't handle the hardware. PCs have made them lazy, but at the rate hardware is going they are going to have to move to low-level programming to get the most out of their efforts. I wish them well.

Not really to counter what others have said; just an observation: My 360 was robbed a few weeks ago, a week into Oblivion. I bought another 360, and started playing oblivion again from the beginning. I gotta say that the new 360 has a lot harder of a time with Oblivion than my first. Freezes during load, tries to load an area several times to the point that it looks like a slide show, etc. Other problems exist, too...I think I'll be taking it back to Costco just before the supposed 360 price drop, try another one.

I don't mind when a game is released on a different platform a year later with added content. The fact of the matter is, we're enjoying Oblivion now.

I had no problems when Capcom decided to release RE4 on the PS2 with new features/weapons. I thoroughly enjoyed my experience with the game on my Gamecube and wouldn't have traded that in for a year wait and some new stuff. Not at all. :)

It is a great game and you can look up my gamertag (gt= puh fifer) if you want to say I've never played it. But, to say it runs great is an insane statement. Loading problems, choppiness in the open world, game freezes, and even pop in all occur in the game. It's a great experience, and probably the best 360 game yet, but to say it has no faults implies a head firmly stuck in your ass and vision obscured by fanboyism.

As far as it being on PS3, I really wouldn't want to replay a game I beat 9 months earlier.

Why should we care? Let Bethesda make truckloads of money so that they can continue to create massive expansive experiences like Oblivion. Kudos to them.

Hey puh_fifer, have you tried holding down the A button as the game starts up to clear your cache? That's supposed to solve many of the loading problems.

This report has been debunked by Bethesda. There is a post about it on Joystiq.

I doubt they'll be "beefed up" a whole lot. A year down the road when they're paying $60 for it new, they're still gonna have a hard time finding a PS3, let alone under the $800+ or whatever they'll be going for on eBay. By the time PS3 is in good supply Spring to Summer 2007 or so, 360 developers will have had another year plus getting to know the 360 to better utilize its power. They can play a better running Oblivion for all I care, we can still point out its only better running because of a good 9+ months of development. You enjoy Oblivion, I'll enjoy Gears of War.

yeah... puf you're having cache problems. I had the same problems but clearing the cache with the A button solved the long load times and many of the popups