Another petition for Divx / Xvid support

Normally these petition efforts collapse under the crushing weight of futility, but this one, demanding Divx / Xvid support, already has over 3200 signatures.

XBL gets a record deal 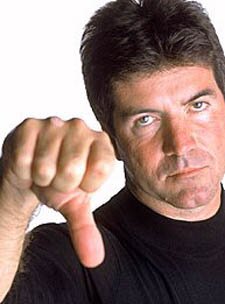 Microsoft  has announced a deal with Epic Records that will bring music and videos from 12 "up-and-coming Artists of the Month" to Xbox Live. Meanwhile a sweepstakes will offer the chance to "Game With Fame" versus  the sort of famous. Content will be free, but the best part is the voyage of discovery:

"The fusion of music and video games now plays a significant role in breaking artists and enhancing the video game experience; the cross- cultivation of the two mediums helps new games and new artists thrive together," said Charlie Walk, president of Epic Records. "Through this alliance, Epic and Xbox show that we are in one business -- exciting young adults and leading them to the art of discovery."

Hey, as long as I get to play Rockstar Presents Table Tennis against Judas Priest. So how many gamers will "discover" this feature to be more than just another marketing tie-in?

Streaming HD to the 360; an update

When HDBeat first set up their Windows Media Center PC to stream HD to their Xbox 360, they experienced some problems with the wireless connection. Two months later, they've reevaluated their setup and, although there are still some problems with the WiFi, they've concluded, "Even without a 100% solution for our streaming, we can summarize our feelings with one statement: this set-up works good enough for us to cancel our local DTV subscription through DISH Network."

802.11a only works "flawlessly about 95% of the time" in their setup, so they're considering upgrading to a HomePlug solution, which uses your home's electrical system to distribute data at a theoretical speed of 85Mbps. Any readers have a working wireless Media Center streaming solution?

XBMC versus XBOX 360 and MCE

XboxSpace has an interesting, if cursory, comparison of the open-source media player for the original Xbox, the Xbox Media Center (XBMC), and the Xbox 360's Media Center extender functionality. The feature list on XBMC is monstrous, supporting many of the most popular codecs, streaming from SMB volumes, iTunes streaming, and more. The major shortcomings are that it requires a modded Xbox to run and additional storage capacities are strongly recommended.

The Xbox 360's functionality on the other hand is notably sparse in comparison, featuring limited codec support, video streaming only from MCE, and a similarly small 13GB hard drive. They conclude, "In sheer terms of Media Center functionality, XMBC is superior to the 360 in every respect. It is an application that you have to use to understand just how good it is."

What is upsetting is that this functionality far surpasses Microsoft's own, but they refuse to allow even trivial concessions like DivX support. Let's hope future Dashboard updates, and maybe even Vista, expand the feature set.