While the occasional glitching is just a part of owning new technology, there's something about that little red power ring that has the potential to send chills down any 360 gamer's spine. IGN set out to investigate the "glitch in the system" that plagued certain consoles last November from a six-month-later perspective.

Some cases are just extreme though. Take Chris Szarek, for example, who had to go through so many replacement consoles that he eventually got a personal call from Peter Moore who apologized for the matter. While he and other gamers with such issues could possibly be storing their consoles in an oven or something, there are other people who are clearly taking the right steps to avoid any sort of problems.

One of the IGN staffers had this to say once his own system bit the dust: "... while I was on the customer support line, I heard two guys in the background giving the exact same 'detach cables and hard drive' speech to other poor souls with dead 360s, so I think the problem of dying 360s is still pretty common." Read on for some interesting information regarding this "common" issue. It makes us wonder though: Are any of our readers out there still experiencing such problems?

Microsoft has issued a semi-heated response to the German sprockets who wondered if a curious piece of foil on the 360 heatsink may be the cause of the console's much-discussed toaster oven issues. From Gamerccore Blog (run by Xbox employees):

The video and photos posted by German blog GameStore24.de show thermal interface pads that are not installed incorrectly.  They are installed per specification.  This foil eliminates the need of a protective liner, which simplifies the final assembly process and minimizes shipping concerns and contamination issues.

The manufacturing team pointed me to the exact part we used.

The part in question can be found here at Chromerics.com:

THERMFLOW T558 is recommended for applications where rework and ease of disassembly are important. This new material provides the high performance properties typical of free-film phase change materials with the added benefit of easy removal. T558 is the same phase material as T557 which has been coated on one side of a conformal metal foil carrier. It is easily attached onto a heat sink or heat spreader, leaving the metal foil surface exposed. This foil eliminates the need of a protective liner, which simplifies the final assembly process and minimizes shipping concerns and contamination issues.

Note the spec sheet above that refers to gray/silver foil. The Xbox-Scene forums have some interesting discussion on the matter.

Ever get drunk and piss on the toilet seat without lifting the lid? I'll explain. The ever-resourceful Deutschland modding community has reportedly discovered the reason behind the 360's overheating issue. Xbox-Scene informs  that a group of German tech-heads from ModControl.com and GameStore24.de took apart two independently purchased consoles and discovered the protective foil on the heatsink had not been removed

They also have a video (in German) that appears to point out the offending foil.

How many consoles could be affected by this basic issue? Was the overheating scandal really as simple as Friday Happy Hour on the assembly lines? Hardware-savvy readers please weigh in. Also would any German-speakers care to translate? 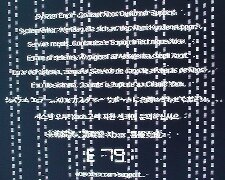