Earlier today Black Rock Studio released the first ingame footage of their recently announced off-road racer, Pure. Considering the teaser trailer was shown a few days before today's ingame release, we thought the loyal X3F army would want to compare both videos. Our impressions of the ingame footage? It looks like a lot of fun and if all the pieces fall together correctly it could be the closest thing Xbox 360 owners will have in the same vein as Sony's PS3 exclusive Motorstorm. Check out the CG teaser after the jump and let us know how close you think Disney's dev team at Black Rock got to the game itself.

Big news everyone, we're going to be seeing some Grand Theft Auto IV footage in an official trailer set to release on March 29th. GTA IV's official website has been updated with an iconic "IV" logo, with the word "TRAILER" below it and countdown timer. Excitement for the trailer should be high, because we've been a sheltered bunch when it comes to GTA IV goods. Rockstar has kept a lock on any GTA IV related media as we have yet to see any video, any screenshots, or any information other than an October release. As the countdown to March 29th nears, any speculation to how visually the game will compare to its predecessors, or will its success hinge on its gameplay?

[Thanks, to everyone who sent this in]


Not to beat a clever idea to death, but here's one more Gears of War trailer remix for the road.

GoW headed to the silver screen

Grab your over-priced popcorn. A big screen trailer for Gears of War will roll before 5 upcoming theatrical releases including Miami Vice, Pulse, A Scanner Darkly, Clerks 2, and Little Miss Sunshine. Not content to share time with ads for Raisinettes, CliffyB is hinting at a fullscale GoW movie -- with Uwe Boll in the director's chair. Just kidding. It's not a horror flick.

Bungie behind the scenes nifty as always

Bungie says their behind the scenes look at the making of the Halo 3 trailer is a "nifty counterpoint" to that IGN documentary from last week. I guess when you're working on the world's most anticipated video game, and offering glimpses of next-gen Master Chief  like hits off a crackpipe, "nifty" just seems like the word to use. If your beat up laptop (like mine) sucks at handling 720p video, don't worry. This niftyness is coming to Xbox Live Marketplace in the near future.

This is for all those LOTR fans out there. Check out the Battle for Middle Earth II trailer (in HD) and see what will be hitting the Xbox 360 in the coming weeks. Gamers will be able to throw down over Xbox Live and challenge each other to battles. Hope you have that Orc-killing attitude ready. 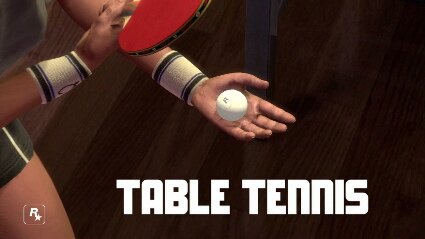 We know Rockstar Presents: Table Tennis is no joke. Apparently there's a pretty good game to be had once you get over the whole ping pong thing. Check out the HD trailer Rockstar is hosting on their site if your computer can handle it.

The Xbox 360 fleet; promo vehicles from around the world

Xbox-Scene has posted some pictures of two more Xbox 360 promotional vehicles: the Hummer, which is travelling throughout the UK, and the trailer, which will be touring throughout Scandinavia (Denmark, Norway and Sweden). This is in addition to the already announced "utes" roaming Australia, and the bus that will be travelling around New Zealand.

Read on for some more images of the various vehicles and their interiors. We're still waiting on some images of the New Zealand bus, and the interior of the Australian utes.

Continue reading The Xbox 360 fleet; promo vehicles from around the world