Go back to school with your Mac, iPhone and TUAW
GameDaily
Posts with tag bungie-studios 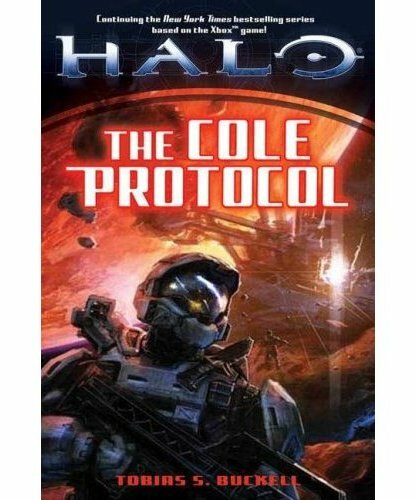 Team Bungie just announced that in the not too distant future, Bungie PRO subscribers (who pay 750 MS points a year) will have the ability to take their Halo 3 film clips and render them into WMV through Bungie.net. Wowza! Specifics including resolution, how it functions and its rollout haven't been announced yet, but keep your eyes peeled.

The other big news is next week's launch of an all new Bungie.net fileshare system that'll make tracking files easier, grouping content slicker and showing off your work much simpler. The implementation of tags, content grouping and Bungie cards is super sexy and are all changes we welcome with open arms. Make the jump to get learned and get prepared for next Bungie's Tokyo Game Show reveal next week. KEEP IT CLEAN!

Here you go kids, it's the cover art for the latest Halo novel "The Cole Protocol" thanks to our Amazon.com friends. You know, the novel that's coming out this November. We're loving the red and orange color pallet the design folks chose and the amber glow off the Spartan helmet is a lovely touch. But we have to admit that we wish Joseph Staten was penning this latest Halo novel. Yes, we have a special spot in our heart for Mr. Staten. But maybe Mr. Buckell will be decent enough. We guess the book's cover art is good times, so that means the contents have to be equally good ... right?

What EXP equals what playlist rank in Halo 3

The crew over at Grunts R Us posted an informative guide that details what amount of Halo 3 experience points equals what military rank in the new playlist ranking system. The guide, viewable after the jump, breaks down how EXP is earned (when the system isn't broken, ZING!) in each playlist and what military rank is earned with each level of EXP earned.

Pro-tip: You can earn the Halo 3's new "Vidmaster Challenge: Lightswitch" achievement by gaining 50EXP and a General playlist rank by earning 500EXP.

Double EXP is back with H3 Legendary Brawl wknd

After going on a multi-week vacation, Halo 3 double experience point weekends are back this week and not only is there EXP to be earned, but there's achievement unlocking too.

In celebration of the release of Halo 3's second title update, this weekend gamers can earn twice the EXP in a new Legendary Brawl playlist. This is a twelve person FFA playlist that requires Legendary DLC which means that anyone who's willing to jump into the mix can earn the newly released achievements. It's twice the EXP, twice the fun and full of achievement possibilities. What's not to love?

During his chat with GamesIndustry.biz, Bungie's lead audio director (and musical legend) Marty O'Donnell talked about the impact the pre-owned market has had on video game sales, including games from smaller studios all the way up to big budget titles like Halo. Yes, Halo.

"It's hard to gauge the effect of used game sales on Halo, but I'm sure it's big," said O'Donnell admitting that "complaining about sales when you have a multi-million seller is somewhat difficult to justify, but it seems to me that the folks who create and publish a game shouldn't stop receiving income from further sales." O'Donnell then commented that, in the future, smaller studios will have an even more difficult time recouping dev costs and that digital distribution could be the answer that makes everyone happy. Now go buy an extra copy of Halo 3.