Another day, another batch of content. TGS rolls on, and Microsoft gives us more to drool over. Now, without further ado, today's content:

We haven't had a chance to watch any of these, but we'll give you the skinny once we do. If anybody spots one of these trailers floating around the interweb, send us a tip and we'll post it.

Update: We've realized there will be a lot of content in the next few weeks. Changed headline to reflect the date that the content went up.

Give Llamma.com credit for coming up with a Rockstar-commissioned Table Tennis case mod that goes beyond the usual paint job and faceplate. One of these babies is destined for a future give-away, but if you have the time and desire to build your own ping pong prize, they provide a list of supplies and directions.

Plight of the color blind gamer

Joystiq has an interesting post on the unique challenge facing color blind gamers as they strive to conquer Rockstar Presents Table Tennis.

Get your Table Tennis (demo) on

As many of you have already pointed out, the Table Tennis demo has hit Marketplace (even in Europe). If you'd like a description of the game, please see the above picture. That's really all there is to it. Clean, simple fun. If you haven't tried it out, give it a spin and tell us what you think.

Major Nelson conquered his fear of calendars to report that Rockstar would be serving up the long-awaited Table Tennis demo "very, very soon." That was three days ago. Now he better Prey it shows up.

A trailer for Medal of Honor Airborne is now available on marketplace. I have not had the luxury of checking it out yet so, somebody get busy describing it in the comments. Why haven't I gotten it yet, you say? I was doing my patriotic duty, or jury duty to be more specific.

In other news, expect a demo of Rockstar's Table Tennis soonish. The demo is set to feature two-player but no Live play. If you haven't experienced the joy of "Pressing the green button," I hope you'll try it out.

According to 360Era.com this just might be a screen from Rockstar's Grand Theft Auto IV (click for an embiggened pic). Hmm, looks about on par with Table Tennis to me.

So, is it real? Fake? Frankly, anything with a girl wielding a morning star has my approval.

Update 1: It's fake. From Eurogamer:

"Rockstar says that an image circulating around web-forums this afternoon, supposedly showing a TV screen running a debug version of Grand Theft Auto IV, is a hoax ... The image ... first showed up in the inboxes of various media organisations this morning under the subject line 'From a disgruntled ex-employee of Rockstar...' ... But that's not the case, Rockstar told us this afternoon. It really is a hoax."

Man, fake news travels fast. This screen was circulated and debunked in a matter of hours. Simply amazing. Thanks, Josh.

Update 2: It looks like QJ discovered the perpetrator behind this heinous crime. You won't believe who it is. Read the full story here. 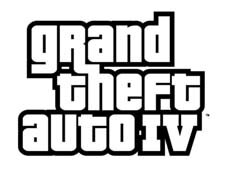 Rumor has it that Grand Theft Auto IV (or GTA4 as the kids call it) will be using Rockstar's RAGE engine (that's Rockstar Advanced Game Engine). Many of you are already familiar with the RAGE engine if you own a copy of Table Tennis. The previous engine, Renderware, is seriously showing its age, and I doubt many will lament its loss. And it doesn't hurt that Table Tennis already looks mighty fine.

Is there any chance we might see Tommy Vercetti both pinging and ponging?

It's been revealed unto us: the "unexpected" new 360 game that IGN promised to unveil is none other than... Rockstar Games Presents Table Tennis! Yup. The bad boys behind Grand Theft Auto are intent on delivering a game experience that puts you inside the seedy, gritty world of underground table tennis... actually, it's not like that at all. Rockstar's Sam Houser says:

"We wanted to create a sports game with the intensity of a fighting game and the sense of speed and control that would make playing it a more intense and more visceral experience than has previously been possible with sports games. It's not just about looking better, feeling better or animating better but about using the power of the hardware to make a game that engages with you on a different physical and emotional level."

We knew they were working on a new franchise for the Xbox 360, but this isn't quite what we expected from them. Wait--franchise? There're going to be more than one. I can see it now: Table Tennis 2K7. The first version of Rockstar Games Presents Table Tennis is due in May for a refreshing $39.99.