It is no secret that post Microsoft buyout, Rare planned on releasing Perfect Dark Zero to the big, black, original Xbox. But then another console came down the development pipeline, the Xbox 360 was announced, Microsoft needed launch titles and so Rare had to move PDZ's development from the Xbox to the 360. The final product ended up just dandy fine (except for some interesting physics issues), but we always wondered what Joanna Dark would have looked like on the Xbox. Well, our insistent wondering is no more as some of the early tech demo footage of PDZ running on the original Xbox has surfaced.

Watch the pretty Xbox particle effects glisten in the video after the break and admire the crazy amazing polygon count in the video above. True, PDZ may have ended up looking much, much prettier on the 360, but we can't deny the fact that it didn't look all that bad back on the Xbox. Especially those sparks. Original Xbox PDZ spark effects FTW!

Seems like a good day for rumors springing from magazines, so why not add one more? This one comes to us courtesy of the Official Xbox Magazine. It seems that a recent press release regarding the next novel in the Perfect Dark series also mentioned a forthcoming sequel to the game itself. Given that Perfect Dark is really one of the only existing Rare IPs that Microsoft can leverage (Donkey Kong is out for obvious reasons), it makes sense that they would be gunning for a sequel. Perfect Dark Zero suffered from more than a few issues, no doubt brought on by a monstrous development cycle that saw the game jump from Gamecube to Xbox to Xbox 360 (the same thing that happened to Kameo, by the way). Considering these previous issues, a sequel designed from the ground up for the 360 is just what the doctor ordered. Still, with Halo 3 coming out later this year and a Gears of War sequel presumably falling in 2008, we wonder where Perfect Dark would fit.

For our two cents, we'd rather see a great sequel to Kameo, as the 360 is woefully short of decent platformers. At any rate, a sequel to Perfect Dark is all but assured. The only question is when.

It's been a long time since Perfect Dark: Zero received any downloadable content. It should come as a joyful surprise to loyal fans then, that there is a new map pack available for download on Marketplace. It should come as an even better surprise that the content is free. The pack contains two new maps, Facility and Ruin. Both maps are based on classic maps from previous games.

Just curious, but who's still playing PDZ? Any die-hard fans out there? Tell us what has made the game appealing for so long. Will these new maps convince lapsed fans to go back?

Fanboys, you've had a day to download. Please zero in with your impressions of the new real estate. Was it worth the price?

Are new and improved bot personalities enough to get Joanna Dark  back in the Xbox Live Top 10? Major Nelson has the deets on the new Perfect Dark: Zero auto-update:

DarkOps Bots. AI-controlled Bots are no longer relegated to DeathMatch games. Now they can challenge human players in any of the DarkOps multiplayer games. Just like in DeathMatch games, Bots can be used in either Live games or in offline games.

Additional AI variants for Bots. The PDZ team was not satisfied with just one version of Bot AI. Now a total of eight Bot Personalities are available. Is someone dominating everyone else in a match? Send a Judge Bot after them. Want to add chaos and confusion? Add some Feud Bots into the mix.

Personality goes a long way. I'm sure plenty of people will dust of their copy, if only to Judge the hell out of the diehard Perfect Dark fanboys who never started using the disc as a coaster.

Microsoft just sent out a press-release announcing some new content for their first-party launch title, Perfect Dark Zero. We knew Rare was working on some maps and some fixes for PDZ, but the demo is a nice freebie. So, here's what's included:
They don't announce a release date for anything, instead opting for the much more vague release date of "soon." Check out the relevant portions of the press-release on the flipside.

If you're having some trouble making your way through Perfect Dark Zero, then watching these walkthrough videos completed on Dark Agent difficulty will either:
Dark Agent can only be unlocked after completing the entire game on Perfect Agent. Cheat Code Central has this to say about Dark Agent mode: "You don't even want to know about the Dark Agent. Only the hardest of the hardcore will see the ending credits on this difficulty level."
[Thanks for the tip, Efrain] 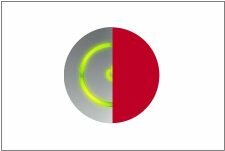 Scratched discs replaced, with PDZ only

We know why it happens, and how to prevent it, but what about those games that are already scratched? GameSHOUT is reporting that Microsoft is repairing consoles that have a predilection for scratching your $60 games, but will only offer a copy of Perfect Dark Zero as a game replacement. Even if it wasn't PDZ that got scratched. Even if you already have PDZ. The cost of manufacturing a disc versus repairing the console is minimal, so why not go the whole way and do both? We predict this policy won't last long.

Lucky owners of shiny new 360' and a certain launch title will be happy to hear that plans are in the works to enhance your multiplayer gameplaying:
Right out of the gate and we're already hearing about plans for enhancing the retail experience. All this and Xbox Live online play.