India rejoice! The Xbox 360 is on its way 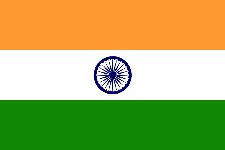 Gamers in India will have something to celebrate soon: Microsoft is finally bringing them the next-gen console. The estimated 1.6 million gaming fans will even have the opportunity to pre-order the system as early as next month.

This is Microsoft's way of spreading their market dominance even more. "We will be in India before our competition has launched in any other market," says Mitch Koch of Microsoft. They're on the move and Sony is too. It'll be a long time before we see other next-generation consoles reach this far into the videogame market. Keep your eyes peeled to see if and how they bridge the gap.

1. the more the merrier if you ask me...welcome india

2. It's been a while since I've been able to represent additional languges on our GamerCards at MGC, I look forward to the new countries being officially represented on Xbox Live! (Which include much more than just India!)

3. Does anyone have any info if the MS is using country resistrictions on the game Discs?

5. "Does anyone have any info if the MS is using country resistrictions on the game Discs?"