Gather 'round, children, Mother Earth has a story for you at GreenDaily.com
Posts with tag elderscrolls

Voodoo Extreme reports that Bethesda parent company ZeniMax Media has purchased the domain "ElderScrollsOnline.com," leading them (and us) to believe that an Elder Scrolls MMO may be in the works. You may recall that Zenimax recently opened a new branch -- ZeniMax Online Studios -- specifically to focus on MMOs. Honestly, it makes sense. The Elder Scrolls has always had a rich world to explore, but the games have always been a solitary experience. An MMO version would finally allow players to share their custom characters and exploits with their friends. Not only that, but it might provide players with more motivation to plow through the hundreds of hours worth of side quests and extra content. Of course, the best reason that this rumor would be true is that MMOs are big money these days. With World of Warcraft creating Scrooge-McDuck-sized piles of money, making the next Elder Scrolls online is just a smart move.

Unfortunately, even if Elder Scrolls goes online, our experience will remain solitary, because we'll still be sitting in the corner grinding up potion ingredients. Mmm ... alchemy.

Bethesda has announced on their blog that the Japanese version of The Elder Scrolls IV: Oblivion has shipped. The Japanese version of Oblivion has been completely localized, with nearly a million words translated, including ever book in the game. The beginning and ending cinematics have also been re-recorded in Japanese, though spoken dialogue within the game remains in English with Japanese subtitles. What is more, the Japanese version includes the Knights of the Nine content right on the disc (as will the upcoming Game of the Year Edition in America). The game recently received rave reviews from Famitsu -- the game scored a 38, a score equaled or bettered by only 44 titles since September of 1986 -- and production director Ashley Cheng expects the game to be a "breakout hit." Furthermore, Cheng expects it will sell a few Xbox 360s, too (the localized PS3 version is expected in a few months). Whether or not Oblivion affects the 360's performance in Japan, we're happy that Japanese gamers finally get a chance to see what the rest of the world has been raving about. 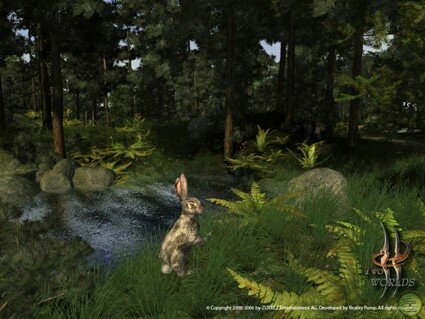 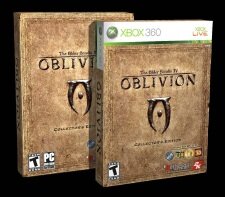