Gadling is giving away free tickets to Amsterdam!
GameDaily

Contest: You decide the most pathetic 360 setup! 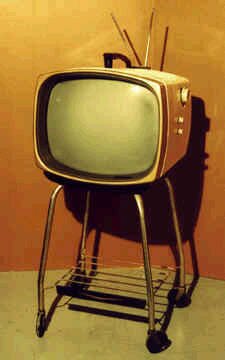 Once the entries in our "Most Pathetic 360 Setup" contest started coming in, it was clear there would be no way we could decide who was more deserving of the Turtle Beach Ear Force X2 headphones I reviewed.

Who's more deserving of some nice looking wireless headphones? The guy with his Xbox 360 shoved in the laundry room? Or maybe the guy playing Tomb Raider on a black-and-white Sony Watchman? Either way, if seeing the Xbox 360 connected through RF makes you sick in the mouth, then proceed with caution! However, if you're curious how hardcore some of your fellow fanboys are, continue reading and cast your vote for the most pathetic Xbox 360 setup!
Select the most pathetic Xbox 360 setup, and click the "Vote" button on the bottom of the post. Good luck everyone!

I voted for Jeremy's. Not because it was the most pathetic, but because it looked like the most genuine. I don't believe for a second that some of those pictures are people's real set-ups. Take, for example, the kid that lives in New Zealand. Not only is his information falese -- we do have HDTVs here -- but he can easily pick up a 360-ready 14" CRT for less than the price of a game. I know because I'm using one myself.

So again, I voted for Jeremy's because it actually looks like that's how that poor bugger has it set up all the time.

Can we get some of these disqualified for being complete fakes?! I'm looking at you, Mr. TV on the tricycle. Whatever.

Some people obviously moved their crap into ghetto looking conditions, at least I am honest in mine. I actually play under those conditions.

None of these setups look realistic because you can see the power brick in plain site (everyone hides it, or at least has it in the back of the system).

This isn't my normal setup, as my normal tv which isn't much better than this's horizontal hold is broken, the screen just rolls and rolls, not able to play anything at all. I just booted the tomb raider to show that it was infact the 360, I'm mainly playing on this b/c it was so cheap and I'm broke, arcade games work decently well, and keeping up with friends, but until i get atleast some color It's pretty hard to play much of anything.

5. None of these setups look realistic because you can see the power brick in plain site (everyone hides it, or at least has it in the back of the system).

I hope you'r joking, that is mine and I can assure that it is real. I play like that because I don't have enough money for a wireless network adapter. The cords aren't long enough so that is why it is what it is.

That's the voting idea! If you call BS, vote for someone else. I think Spencer's is totally legit. And Mike's. And Cody's. And Mike S's. And I think the majority of these are totally legit.

Though I agree Jack's is pretty unconvincing... a tricycle was the best platform he could find for the television?

Cody's is totally legit, that and the man is definatly in need of some wireless upgradage :]]

I voted for Cody. He needs that wireless headset more than anyone.

too bad the head phones are total garbage. i picked up a set from bestbuy the other day. the audio for the game is above average, but the voice volume when other players are talking is horrible. and yes i adjusted everything possible and e-mail turtle beach tech support and i still could barely hear other people talking. (just thought of this, i use dolby digital receiver, which i had to splice sound from optical cable going to amp to rca jacks to make head phones work....maybe thats why the volume sucked)

And I thought my set-up was bad..

I can see how some people may think mine's fake because it looks a little ridiculous, but it's my sad, sad little reality. Mine is completely real. I have twin 2-year-olds and all my precious pre-kid tv savings went to diapers and food (one of them better make me rich some day!). Anyway, good luck to everyone, I know we could all use this prize (I'd love to game and actually HEAR sound when my stinkies are napping).

man..for you guys that are legit I feel for you. For those setups, you deserve more than stinkin wireless headphones..you all deserve LCD TVs to put up with those setups.

I think Jordan has the worst actual xbox set up as far as conditions go, Cody just needs to buy a longer ethernet cable, problem solved.

Because it looks so beautiful having a ethernet cable running through the middle of my house and in front of doorways (Consequentially tripping my father a few times.)

The contest after this is going to be for most kickass setup, right?

Cody u sure are defensive about your set up, sounds to me like ur only in this for the headphones. And a longer ethernet would solve ur problem, and ur not even playin on a half bad tv.

Not that it matters, but for all of the hullabaloo about the legitimacy of some of these setups, the rules never said that it had to always be used, just that it was played on. Of course it is up for the vote, so I suppose fakes will fall by the wayside.

Secondly, everyone here except for Thomas, Carter and possibly Sjohn all have the �silver stripe� 360 and therefore don�t need a headset nearly as much. We, as voters, should keep that in mind as we here everyone�s sob stories; and more importantly root out the fakes.

Lastly, did anyone else notice how Jack was the only one to have his name in quotes in the actual poll? Is that some sort of hint from the 360fanboys?