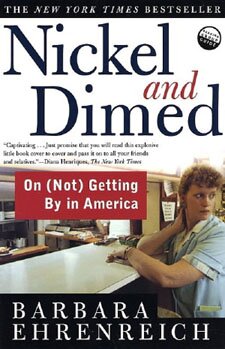 We always knew that  "micro-transactions" via Xbox Live Marketplace were part of Microsoft's master strategy for squeezing every last penny out of the gaming public. Now that Elder Scrolls IV horse armor is on sale for the low, low price of 200 marketplace points ($2.50), it's hard not to feel like we're being nickel and dimed into economic oblivion.

Isn't this really just a back door way to further jack up the cost of games by charging us for stuff that should have been on the disc anyway? On one hand, it seems sort of flinty to complain about  a nice add-on for the price of a Big Gulp, but then you can dig into the couch for change only so many times before you come up with nothing but stale Cheetohs.

Admittedly, Oblivion is a great gameplay value compared to other $60 games, and the ability to pimp your equine ride is pretty cool (though it would be nice if it came with a side quest or something). Is Bethesda's first micro-transaction micro enough for you, or am I Tamriel's biggest cheapskate?
.

The answer, of course, is that it goes both ways. People want expansions to existing content and are willing to pay for it, but Microsoft (or maybe Bethesda) has picked the wrong price. $2.50 seems steep for horse armor? Fine; show your disapproval by not buying it until it comes down in price (if it ever does).

Would you be willing to pay $0.25 for horse armor? Or $0.50? I would; give me a whole new set of weapons for $2.50 (sword-chucks would be great), or maybe a flying creature or the ability to use a boat. Once the pricing for this sort of thing settles down I think we'll hear less complaining.

What's great about Oblivion is how it lets the player play however he/she wants. I hate horses (childhood memories...), therefore I refuse to ride them in game (thought about chopping one up, but got distracted by something shiny), therefore offering to charge me for horse armor is like offering me panty liners at a price. Give me something more for my pennies (like the actual panties too).

I felt the same way at first but when you see it as just $2.50 it is not so bad. However, I do not feel we should pay for something PC users will get for free.
The whole Microsoft Points system while nice concept on the surface is something you could easily get sucked into spending some $$$. It does not obviously translate to real money like it should ie. 100 points should equal to a real $1.00.

but on the other hand, maybe they need this extra money to hire decent programmers to patch all of the bugs for their upcoming update.

I want to see game makers offering us cool stuff like horse armour because they appriciate how much we are willing to pay for their collectors editions... or even for how much time we invest in their product by getting gamer points for achievements. This nickle and diming us plain out sucks.

But hey, at least you can look cool to your friends for buying somthing like halo maps and pretty horse stuff.

I'm all for this microtransaction business, but this horse armor may be an exception. Like you said, why should we pay extra for something that should have been on the disc in the first place? I can understand if this was created and released well after the games release date, but two-weeks hardly seems like a reasonable time to release this.

On the other hand, paying for stuff like this is a good way of keeping quality updates in the future consistent and worthwhile. This horse armor is really only the begining, and with time we should see some interesting downloads at a similar price, but ones that actually add gameplay.

I could see people buying this if it was Final Fantasy XI where others would see your pimped out ride but here you're alone on your journey's so it's a waste of money. No one but you will see it. You could tell all your friends you got sucked into the economic oblivion and purchased the armor for your horse, but who cares! If you think you need the armor to protect your horse, forget it! Buy another horse, or buy them all with the millions of gold coins you got from the many glitches there are. Save your money for a Big Gulp.

I don't like it either. I have no way of knowing if they kept it out just to charge later., That is a practice I don't want to see.

Personally, I think it is ridiculous, but there are those who will pay it.

I refuse to buy gamerpics (unless any AVP ones come out...I'm a sucker for ALIENS) or any other little unimportant thing. Maybe entire new levels (i.e. Splinter Cell), but I think that publishers would abuse such a thing. I can just see them giving us half a game and then nickel and diming us out of the rest of it.

After a year of Halo 2, I gladly paid for the new levels even though a few months later they were free. I would have paid a little bit for the extra CO-OP levels in Splinter Cell Chaos Theory as well.

The problem is that we are dealing with data? And what is data? Horse armor seems like an extra 100k that they could have easily fit onto a disk. But they chose to withhold it to charge extra.

One of the bastions of video games is that all players are on a level fields. Multiplayer cheats and MMOGs have taken some of that away, and downloadable pay-per-item is the next step.

Should I lose a race in PGR because I didn't feel like paying $5 for the fastest, most maneuverable car? Should only the richest or foolhardy have the best experience (as in everywhere else in life) or should this digital world always be an equalizer?

In the end it is we who will decide if this type of sales tactic sticks around. It is time we viewed our ability to purchase not as a vehicle to be robbed, but as a vehicle of empowerment. A vehicle to tell those in power that we chose someting else.

$2.50 just to pimp your ride? This is insane that game developers will charge us for something so trivial as this. Hopefully the majority of xbox gamers will not support this by purchasing. The 360 version already costs more than the same pc version of the game, oh and the pc version has the horse armor at no additional charge as well. I have no problem paying for downloadable content, just make it worth the $$$. $2.50 is roughly about 3% of the $60 everyone paid for the game. If you gonna charge 3% of the game price then at least give us a 3% addition to the game.
Bottom Line: DON'T SUPPORT THIS

The main problem I have with this whole micro-payment idea is that people do not have to earn the reward they are getting. I would not have a problem if it were a side quest in which you had to play anc complete to earn the item but simply having money to get it is lame, extremely lame. It takes away from the gaming experience.

$2.50 for a downloaded add-on? Bah, allow me pay $10 for a CD that contains add-ons that I can then install on my 360's harddrive. Only a fool would pay for electronic downloads... that aren't refundable and aren't transferrable.

I don't mind paying for expansions and add-ons, but allow me to transfer them when I transfer the game itself.

What good are $20-worth of add-ons (assuming that other add-ons will be released later) if I sell the game?

Quick comment: I LOVE electronic downloads. I was just burglarized and lost all my wonderful toys. Bought another 360 (thank you costco) and downloaded all the stuff that I had bought online. A reason to like Steam, etc. I'm all for a future without discs.

There is nothing "micro" about this micro-transaction. $2.50 is crazy for horse armor. At the most, it should have been 25 cents.

It's crap. I dropped $70 on the collectors edition, im not spending any more on this game. Dont get me wrong, I am obsessed with Oblivion, its an amazing game, but I think it's bullsh*t that they are charging for this crap.

This is nothing compared to how Microsoft is asking us to pay to carry their ads. I'm talking about the picture packs, of course. They're nothing but promotional material giving the publisher of that material free impressions on everyone's gamercards, but yet we're supposed to pay for them. Insane.

One time I accidentally urinated on my own disk. And freaking EBGAMES wouldn't even echange it for me!! It's not like I wanted a different game or something. So like.. what's the point? At least you can't urinate on your electronic downloads, ya know?

$2.50 is too much. I would expect to get an expansion of a game for that price. New maps/levels or something. But horse armor? That's just ridiculous.

That isn't true ...the PC version has the armor for sale as well (see link below) and it is only .50� cheaper

I think �2.50 is a bit steep for just horse armour. Especially since my horse seems to be picked on in combat and kills pretty quickly. So I won't be buying it. Simply because I dont want a horse nor the armour plus for �2.50 I dont think it's a great mod.

I could think of 10 great and uselful mod for Oblivion which I would pay for.. but horse armour ain't one of them! :O)