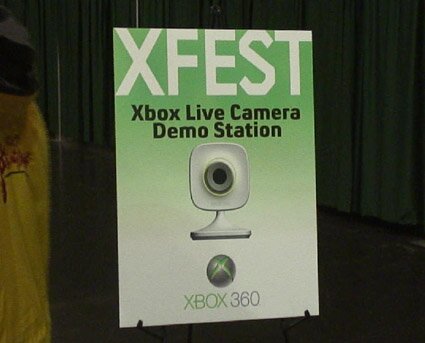 We received some exclusive images this morning of the "Xbox Live Camera Demo Station" at Microsoft's recent XFEST event, held in Bellevue, Washington last month. Our tipster sent in shots and descriptions from the three different demos on display at the event: "Xbox Live Camera Video Chat", facial mapping software from digimask, even a tank game that incorporates video into the game! More below the fold. 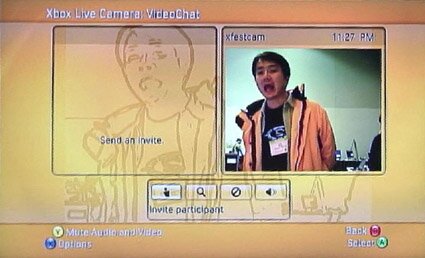 "One use was for general video chat via the Dashboard.  You can see how the camera digitizes the image and create a real time cell-style 'drawn' version. Kind of an interesting effect, most impressive was just the video quality and refresh rate." 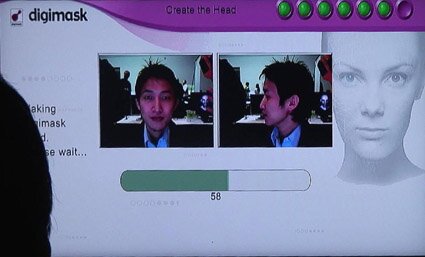 "Another slick use was with a piece of software called Digimask.  With Digimask the user takes a head-on and profile shot of their face then, using some basic icons, defines the characteristics of their head." 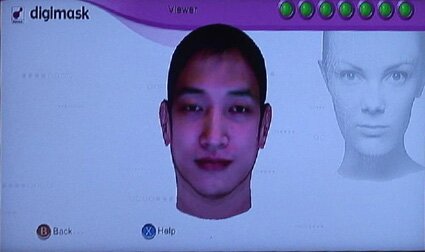 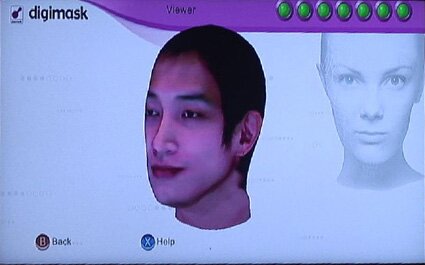 "Things like wearing a baseball cap, having a pony tail, long hair, basic shape features, etc.. Once you have a rough shape of your face the 360 spends a couple minutes processing it all and voila, instant in-game character of your own likeness." 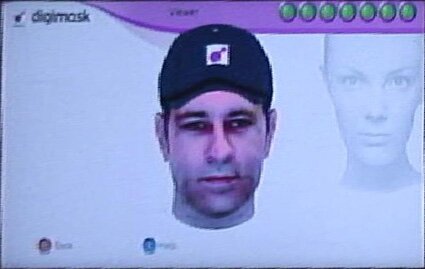 "The whole process takes less than 5 minutes with very good results. You cannot see it animate in the photos but you can open and close the mouth, wiggle the ears, and move the rest of the face around in realtime." 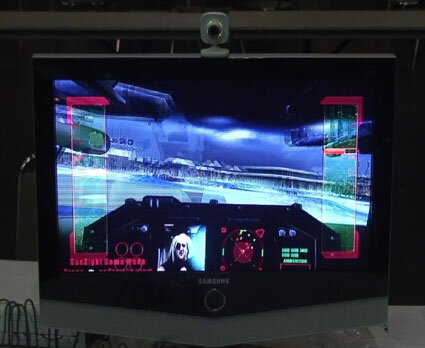 "The last use they showed was a tank style game where you could see your opponent mapped onto the console of the tank. It's some wacky chick in the picture."

He said they didn't show off any features that used two cameras in tandem to analyze movement, Microsoft's so-called "Project Vision" and he said the release would most likely be fall "for some reason." It appears they've settled on the smaller camera as well, as opposed to the larger one we'd seen previously.

Great, now we'll get to see pictures of people's manberries next to their car every time we go online.

great News. Then the patent I found will not be included, i updated my article now. But one thing somebody understanded wrong, the name "Vision" is the internal name of the whole Camera Project and not related to the 3d tracking! You can find this name on a lot of press material too.

Sorry for my bad english. :)

According to the patents, the two cameras are housed inside the same device. So you don't need multiple devices--the device has multiple cameras built in.

True, the bigger camera had a second optic (green), but the smaller one which will be used has only one as i can see. There is still the possibility that the camera can gather depth information because its possible with one ccd chip to accomplish this (this swiss site has examples of it) but the 3D tracking as i had described isn't possible anymore. I updated my article in that way. But as i said before, this feature could still be possible -> Look here