Save money and reduce your impact this Holiday with GreenDaily 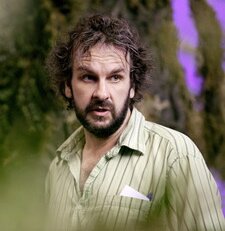 In the sixth installment of Yahoo's unfortunately titled Hollywood Byte column, John Gaudiosi talks with Peter Jackson himself about his involvement with video games. He specifically asks him about the possibility of a sequel to King Kong, taking advantage of the alternate ending where Kong makes it back to Skull Island safe and sound. Jackson responded, "I have been in discussions with Michel Ancel and the Montpellier team, but there is nothing to share at this point in time."

The article illustrates just how in touch Jackson is with games; he gets it, thoroughly. Video games have long suffered as promotional filler for their more important cinematic counterparts. Now we have an Academy Award winning director working on a cinematic adaptation of a game! He says:

"I'm excited that with the new hardware and such amazing leaps forward in technology, I may be able to experience games that even I can't imagine... I have such admiration for the video game development process and the talent behind these games, that giving them more tools, better hardware, and more budget will only lead to more fantastic adventures."