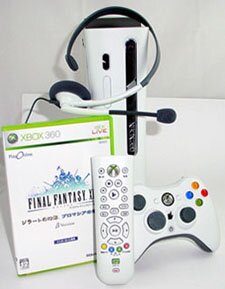 The 360's launch in Japan has been muted, with a fairly lukewarm reception, which is good news for anyone elsewhere who's desperate for a console. Importers' haven Lik-Sang are reporting that they have Japanese consoles in stock and ready to ship. The commemoration pack (including Final Fantasy XI beta disc) is available for $439.99, but you will need to source Japanese games to go with the console, as it will not play US or European versions; also, you may need a power transformer, and there's no warranty for orders placed outside of Hong Kong.

All that aside, at least they have them in stock.

ummm...Hong Kong is in China

Lik-Sang is actually a chineese company.

Why would the warranty only be valid in Hong Kong which is in China?

oh, that kind of makes sense. But, why only in Hong Kong?

Would have made more sense for MS too send more consoles to us in the US instead... Can't believe its so hard to get one!

I thought only Kameo and PGR3 was region locked. I thought the other U.S. games would work on the Japanese 360?

Yeah i thought only MS titles were subject to region coding?

Well, the information in the post above is taken from their site :-)

I am waiting for the Singapore launch in March. Should I just go ahead and by the Japanese version? Will it have the same region coding as the eventual Singapore version fo the Xbox360?