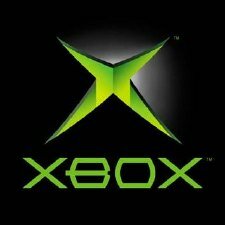 The Xbox Team Blog tries to put to rest some of the most persistent questions regarding what titles are backwards compatible (or back compat as they say) and why. To assist them in their endeavor they queried David Reid, who oversaw back compat for the 360.
We've heard these questions and answers before, ususally involving some variant of Barbie's Horse Adventures and Splinter Cell, but it's nice to hear they haven't forgotten about it. The quest for total back compat continues...
[Thanks, PJ]

What bothers me the most of the whole backwards compatability thing is that if you have old school xbox games you want to play then you probably have an old school xbox as well. Go play it there. I'd rather have the 360 team concentrate on new things for the 360 and leave the xbox games for the xbox.

I agree, I really don't care about old Xbox games that much. The only plus side is that thos titles are now getting dirt cheap. But since their working on it, how bought the splinter cell series and Crimson Skies. I'd also love to play Far Cry on the 360 as well as Doom3.

I agree, I really don't care about old Xbox games that much. The only plus side is that thos titles are now getting dirt cheap. But since their working on it, how bought the splinter cell series and Crimson Skies. I'd also love to play Far Cry on the 360 as well as Doom3.

I still have a lot of xbox games that I love that I don't know when they will get around to doing. I'm sure the 360 will soon have a plethora of games, but in the meantime, I'd rather not have to switch my HDTV connectors in and out between the two. And back to a prior nitpick, has it really been confirmed that you can't play 360 ripped music in original xbox games like Forza? I haven't found my box of initial d disks to load onto it yet, so I haven't tried.

Some of us do care since their xbox failed completely about 2 weeks prior to launch and have 52 games going to waste otherwise.

I thought Forza ran really slow under emulation - but that might just've been me.

No you're not imagining Forza running slow, it was very glitchy for me as well. It ran at about 80% speed (literally, you can see the clock running slower) and the sound was popping in and out. Very disappointing. I've read that Ninja Gaiden is similar.

Halo 2 runs perfect, however, so it seems that the emulation can be done well. I hope they fix Forza and Ninja Gaiden, I wouldn't mind playing through them again.

I understand where people are coming from with the "just play your Xbox games on Xbox" argument. I understand that but I really want to get that big honkin' Xbox out of my entertainment cabinet.

...and how about those of us who never owned an XBox? Although I'm looking forward to the 360-specific titles and really enjoying PGR3, there are a few XBox titles I'd like to try (especially that they are on clearance).

BTW, Halo 2 works great on the 360 w/emulation. Far better than Halo ran on my PC.

Give me CS or give me death!

what about us folk who sold our xboxs to buy the 360 like myself? I still have 4 games for xbox I cant play, not to mention I want to buy gauntlet seven surrows but dont know if it will work on my 360.