Catch some concepts at the New York Auto Show!

Square Enix responds: No FF and DQ on 360 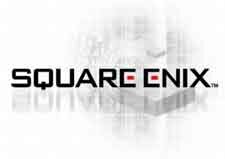 We, along with the rest of the entire internet, were culpable of posting the rumor of Square Enix bringing their flagship RPG properties to the 360. They have released a press statement today to put this one soundly to rest stating, "... speculation about the availability of both the Final Fantasy and Dragon Quest series on these systems has been reported in the media. However, we have made no concrete decision on our strategic direction of this issue."

Decisions have been made but not concrete ones. Are we ready to start this one off? Could Final Fantasy and Dragon Quest be coming to the 360 after all?  There's always Final Fantasy XI... but maybe...